If you'd dropped the term "YouTuber" on me even a few years ago, I'd probably give you a funny look and call the notion of a career making YouTube videos dumb. But, these days, it's not only viable but getting more common. From movie critics to people who build goofy shit to folks who just test and review mouse traps, YouTube is like a television channel where anybody can have their own program without being beholden to the 23 show format of yore.

To that end, I enjoy building things and I also enjoy making videos, so this seems like a logical place to pour my talents. The , of course, is figuring out how to advertise yourself to the masses. Because, on a channel where anybody can have a show whenever they want, getting lost in the weeds of a trillion hours of content is pretty easy to do. One way to help separate yourself from the chaff is simply to have production value. God knows I love production value and criticising those things which don't have it.

During my month long stay in Japan, I actually spent a lot of time in various Doutors scribbling out ideas in a sketchpad I'd purchased. This ranged from visual designs to project ideas to show format and all sorts of nonsense. Sitting in a Google doc, I have outlined the entire first season of this show. Of course, that all is a hell of a lot easier than actually, y'know... making a show. Still, earlier this year, I filmed a "look and feel" prototype video that now brings us full circle on this post. 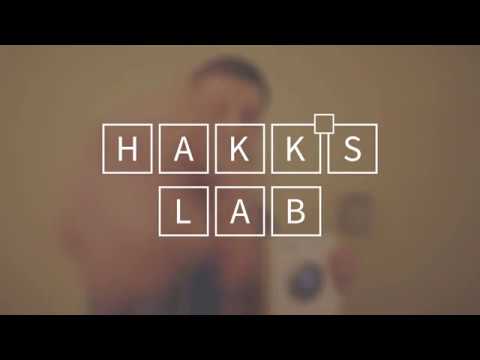 Will I ever get around to actually realizing this? Who knows. I'd certainly like to, but I've got another outlet to install in the garage first...

It's an Exercise in LazinessInnocent Enough